"Study to shew thyself approved unto God, a workman that needeth not to be ashamed, rightly dividing the word of truth." 2 Timothy 2:15

This Fall semester Bethel has selected a number of third level courses that will increase your knowledge and the Word of God will become alive to you as you learn the benefits of comparing scripture with scripture. View our Schedule of Classes to find additional classes. 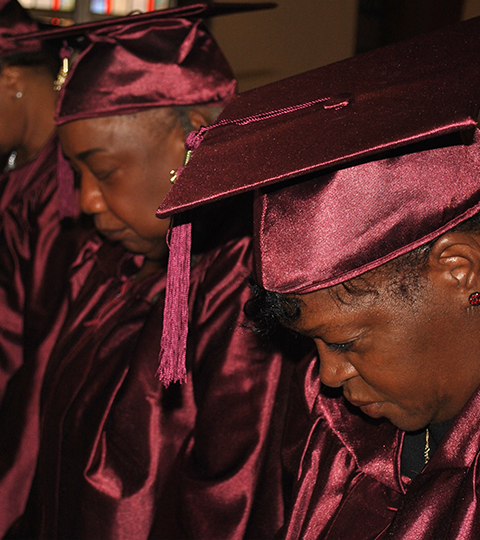 "Study to shew thyself approved unto God, a workman that needeth not to be ashamed, rightly dividing the word of truth." 2 Timothy 2:15

This Fall semester Bethel has selected a number of third level courses that will increase your knowledge and the Word of God will become alive to you as you learn the benefits of comparing scripture with scripture. View our Schedule of Classes to find additional classes.

Associates Of Biblical Studies At A Glance 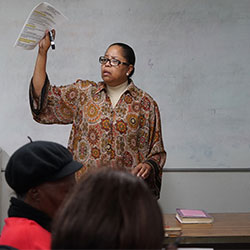 Our Associates in Arts are our 2nd Level courses designed to give students a strong biblical foundation along with practical experience in ministry. In addition to foundational bible classes, students will have the opportunity to serve in various areas in the church and ministry in our Service Internship, which will help them discover their gifts and calling. 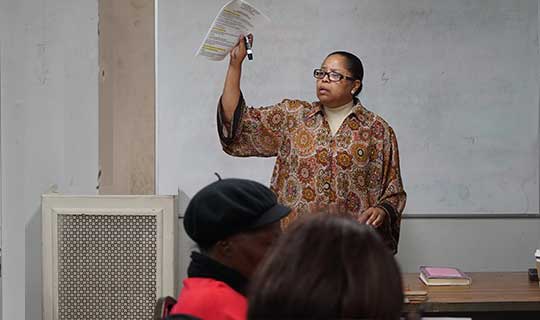 Students will take a deep dive into the New and Old Testament Books; learning how each relates to the other. We will continue to build a solid foundation that enables students to rightly divide the Word of Truth.

Students graduating with an Associates Degree will possess a more thorough understanding of how to use the most up-to-date research tools to research and interpret scripture.

This degree is applicable in any career field, but it is specially designed for careers in church and ministries emphasizing: 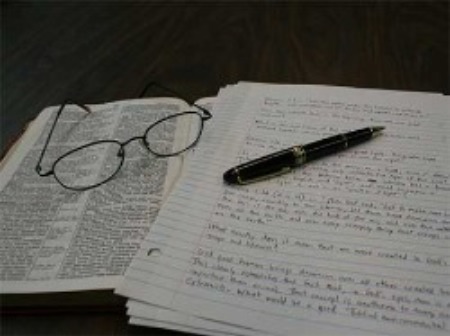 I'm sure that all of you at one time or the other and especially in the past few years, have asked yourself or somebody what is this world coming to. As bad as things are, can they get any worse, and when will the madness stop? Well The Book of Revelation lets us know emphatically  that yes, things are going to get worse before they get better and the madness will end.

Let me first say that Revelation is not the Revelation of John or John the Apostle. It is the revelation of Jesus Christ as given by God. The person of the Antichrist seems to always be the focus when studying the Great Tribulation when in fact the entire book is about Jesus Christ. The events and personalities in the book are not to be concealed or hidden or just to be understood by a select few. On the contrary it is a book of revealing, to be read and understood now by all. Unlike portions of the Book of Daniel which the prophet was told to seal up because the time of those things was not then, John the writer of Revelation was told not to seal up the book because it's time had come.

Some of you may be wondering whether or not you should take this course now. If not now when? The events revealed in the Revelation are soon to take place. Don't you think you should know what God has already ordained for mankind and this Earth? Are we living in the last day or are we the last generation before the rapture takes place?

By the way, 144,000 are not Seven Day Adventist. Don't you want to know if the church goes through the seven-year tribulation? Well I'll tell you we won't, but the real personal question or concern should be are we in the church, are we the church? The tribulation is not designed or purposed for the church, but it is designed for the Jews and those peoples and Nations that have rejected Christ.

What or who are the four horsemen of the Apocalypse? Who is the Antichrist and the false prophet and what is your connection to the so-called Mark of the Beast? The book’s events  include Christ letters to the church, the marriage of the bride which is the church and the bridegroom which is Christ. It includes the resurrections, the binding of satan, the great white throne judgment, and eternity. Its imagery and symbolisms, its colors, its numbers and characters will all be explained in this course.

Have you ever wondered why, by the time between the end of Malachi and the Gospel of Matthew is called the silent years or have you wondered how it is that the Neo-Persians were the world power in Malachi, but Rome was the world power in Matthew? What happened there? The Pharisees and the Sadducees, where do they come? We don’t encounter them anywhere in the Old Testament. When we consider the spiritual condition of the Jewish Nation both in Palestine and outside of Palestine, as we see in Malachi, how is it that they were able to survive their distinctiveness and be in Matthew the way they were? How did Judaism survive under those conditions that we left in Malach? How did it turn out that the Jewish Bible survived the seemingly callous attitude towards God and the Law we see in Malachi. Lots of questions we can ask. We will be able to answer with confidence after completing this course.

THE BOOK OF ACTS

The action of the Holy Spirit, Peter, Paul and others in the book of Acts leads us to understand how the early church was formulated and how the apostles followed the same examples of what Jesus did and taught. In this class we will observe through the eyes and the writings of Luke the following just to name a few.

The first thing is that I hope people who sign up for this class is that they will experience the power of His resurrection and the fellowship of His suffering, and be conformed to His death. After I am finished reading and teaching the book of Hebrews, I hope you get a deep experience in knowing Christ. Our experience is going to be about the high priest and the sacrificial offering, one song says we don't have to slay no animals, anymore and then another song is on Christ the solid rock I stand.

So this is the book of Hebrews. Two of the things that we want to present in the clas is:

Virtual learning has bought the classroom to wherever you are. Besides eliminateing the need to travel, students who have small children and some who are caring for a loved one at home, have welcomed the opportunity to participate in the same time-tested systematic approach to teaching God's word that we've adhered to since 1946.

Whether your goal is to dig deeper into the Word of God for your own spiritual growth, or whether you would like pursue a degree for ministry, a new door has opened to you. We've Gone Virtual. 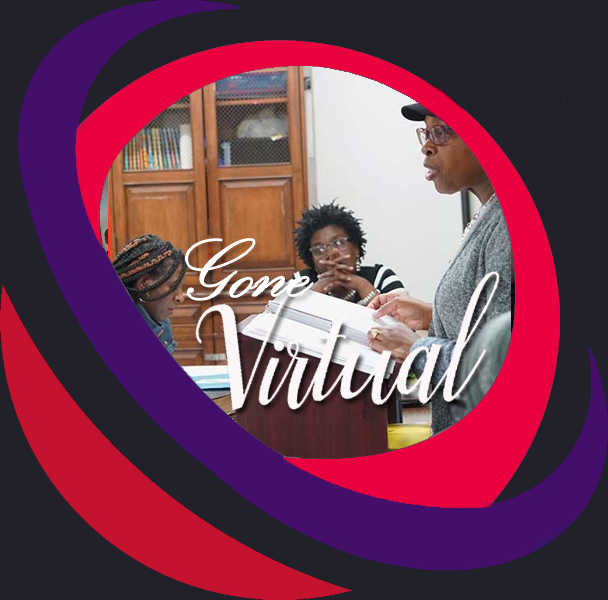 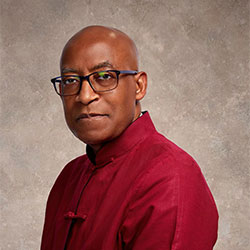 Raphael Newton
Graduate
I grew up Catholic, worshipped idols, and practiced a mixture of what is in the Bible and the church's teachings. Bethel Bible Institute taught me to believe and practice only what is written in Scripture and study it systematically. The Word of God says, "Study to show thyself approved unto God, a workman who needeth not to be ashamed, rightly dividing the word of truth."(2 Tim. 2:15 ). I now know that there is only one true and living God, and my Diploma in Bible Studies will enable me to win souls to Christ. 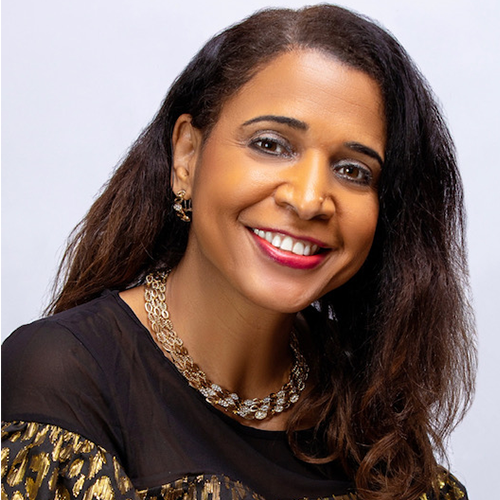 Beatrice Page
Student
I have attended Bethel Bible Institute over a course of 10 years starting out taking one class at a time simply with the desire of a systematic study of the Bible as a new believer.  Since then I have progressed to obtaining my Bachelor's degree.  BBI has given me a solid foundation in my knowledge of the Word which has challenged me to grow, to study purposefully, and to share the Word with others.  Every course has been inspirational.  Each professor offers a wealth of Biblical knowledge and insight to instruct, edify and engage the students. 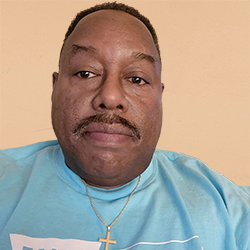 Will Johnson
New Student since 2020

Romans 12.2 (KJV) states, in part, “…but be ye transformed by the renewing of your mind, …”. Once you delight in the Lord, he will give you the desires of your heart (Psalms 37:4-ESV). I was seeking a way to study God's word…BBI. When the best bible school in town decided to use the ZOOM platform to spread GOD'S word…BBI. I desired to learn HIS word to be a better leader for the men’s ministry I am apart of…BBI.

It's never too late to go back to school. It has been 30+ years since I was in a classroom environment. In May 2023, I should be obtaining the Biblical Studies diploma. Just give GOD your YES and allow HIM to do the rest. 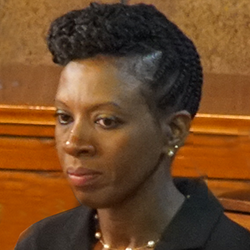 Andrea Barrett
Student
I have found BBI to be a source of blessing.  It has allowed me to grow in the Word of God on a deeper level.
The teachers are not spoon feeding you but they challenge you to think, to not take things at the surface level, but to research what you are being taught , but most importantly, what does the Word of God say about that particular topic.  I have learned not to be a careless listener, but BBI has also created in me an insatiable  hunger to know God more and His love for us. 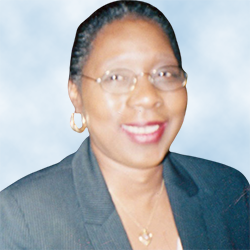 Christine Graves
Student
Since BBI is now online, it enables me to learn wherever I am. Attending BBI has increased my knowledge of God's Word. I've learned how the Old and New Testaments are connected, and iearning how to search the scriptures has increased my understanding more than I can say.

The instructors help bring the Bible to life by encouraging meaningful discussions that encourage thoughtful responses to the subject matter.